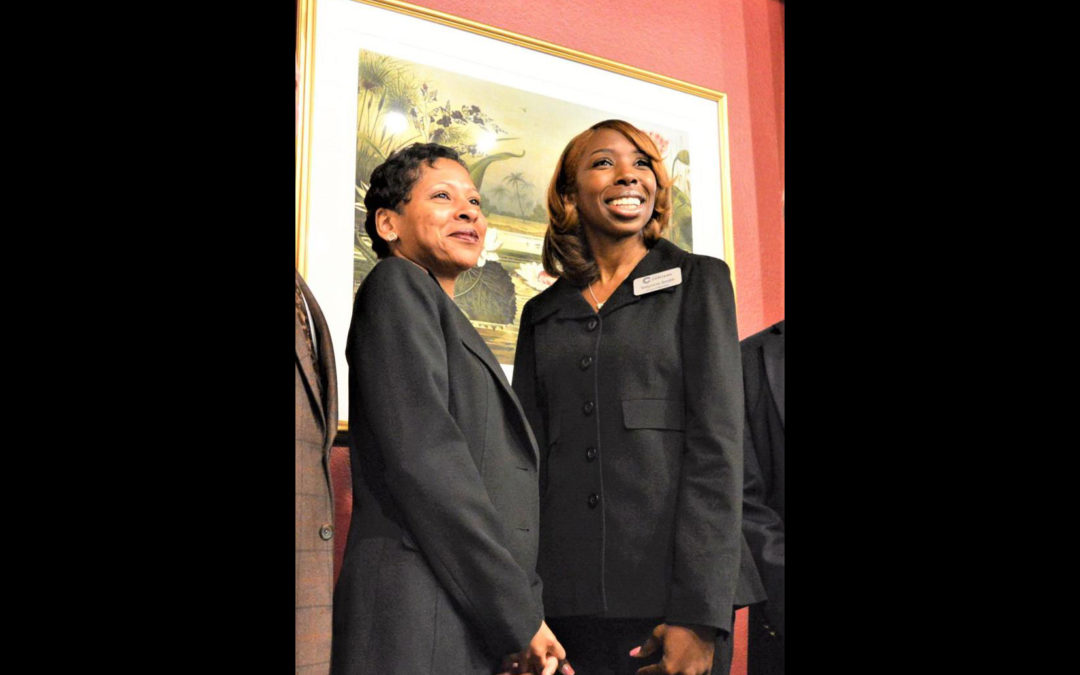 CONYERS — The city of Conyers celebrated its accomplishments of the past year while looking toward the future at the annual State of the City address Wednesday night.

The first order of business for the city was to swear in two new members and one returning member of the City Council. Mayor Vince Evans administered the oath to Gerald Hinesley, who was re-elected in November. Rockdale Chief Magistrate Judge Phinia Aten performed the swearing-in honors for newly-elected council members Valyncia Smith and Connie Alsobrook.

Evans took the podium to review some of the highlights of the previous year, including:

♦ Development of a strong, sound budget

♦ Completion of the Hardin and O’Kelley streetscape project

♦ Breaking ground for the city’s new City Hall in July

♦ The inaugural Red, White and Boom! event in Olde Town on July 3 that brought fireworks back to Olde Town after a 16-year absence