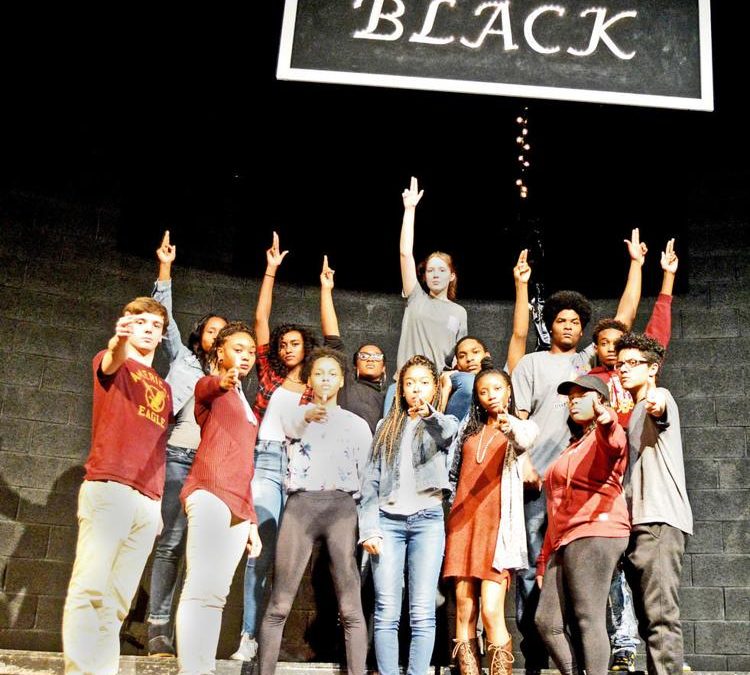 The theater program at Salem High School, directed by Jenni Caruso, won the Region 4-AAAA One Act championship last fall with a condensed version of the musical, “The 25th Annual Putnam County Spelling Bee.”  The 10-student cast then attended the state championship competition in Warner Robins.

That trip broke the budget, and the theater, known as Theatre Salem, is struggling financially, short of the money needed to produce its annual spring play.  The theater program is completely self-sufficient, Caruso said, surviving on ticket sales.  She said the play planned for the spring is “And They Dance Real Slow in Jackson,” a 1986 drama about the challenges facing a polio-stricken girl in a small Indiana town.

Enter a little innovation.  Twice a year, in spring and fall, the theater program produces a cabaret, and last fall’s show, “Songs of Social Justice,” caught the eye of Shelli Siebert, director of the Conyers Rockdale Council for the Arts.  She suggested that Caruso bring the cabaret to the Center Street Arts Theater in Olde Town Conyers.