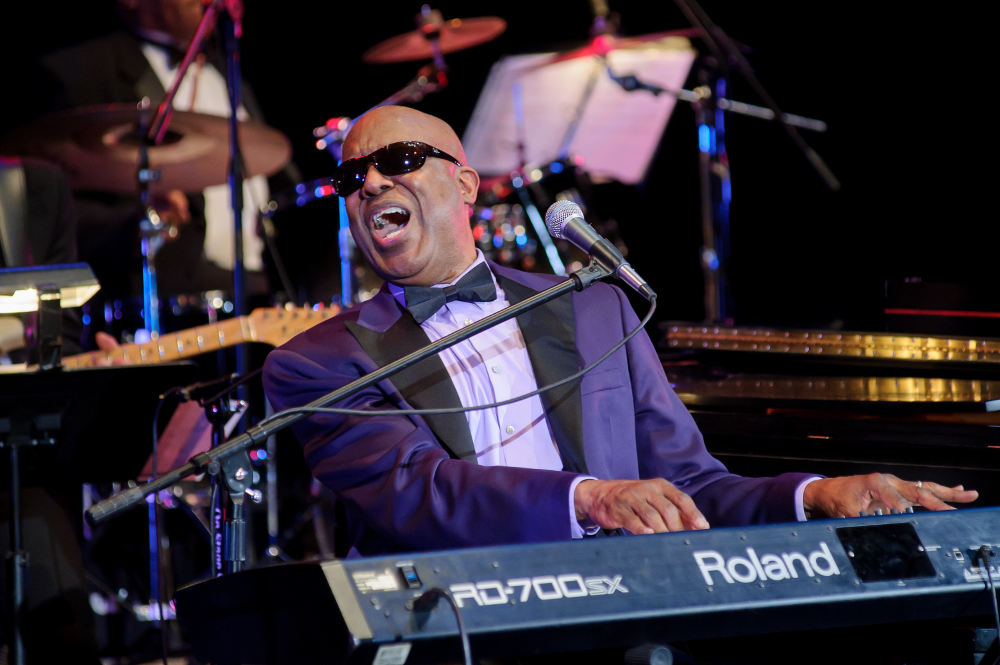 This concert/theater work brings the music and the story of the great Ray Charles to vivid life! Portraying Ray, master pianist/vocalist, Kenny Brawner leads his 12 piece orchestra and three sultry vocalists (a la the Raelettees), performing this American legends most popular hits: “What’d I Say?”, “I got A Woman”, “Mess Around”, “Georgia On My Mind”, a blazing hot duet on “Baby It’s Cold Outside”, and many more! The music is interwoven with monologues depicting how gospel, blues, jazz and country influenced Ray’s style, while also reflecting on American social history, his epic battle with drugs, and his triumphant return home to Georgia.

The Harlem based Brawner Brothers Band is know for its old school sweet soul music, blues, Latin, African and jazz modes – and volcanic funk. They have been featured with BB King and have dazzled in Blues Suite – live and on stage with the Alvin Ailey American Dance Theater since 2008. Kenny Brawner has played lead theatrical roles in Dan Dietz’s Clementine In The Lower Nine, Stew and Heidi Rodewald”s the Total Bent, and most recently a Canadian Stage musical theater production of What Makes A Man which featured the music of Charles Aznavour, one of the world’s last surviving “showmen”.

Harriet D. Foy who is a critically acclaimed  actress has appeared On Broadway in Mama Mia and most recently, Amazing Grace. She also had a role in the first season of Orange Is The New Black.

Carol Lynn Townes, formerly a recording artist  for Polygram Records  charted in the top ten in Billboard’s R&B with her song “Ninety Nine and A Half Won’t Do”.

Gayle Turner understudied Stephanie Mills in the role of Dorothy in The Wiz on Broadway and also appeared in Smokey Joe’s Café on Broadway.

Marinda Anderson who is a theater and screen actress and writer appeared regularly in the first season of the Fox series, Gotham.

The Ray On My Mind show will feature any combination of the three of these truly talented and gifted ladies.