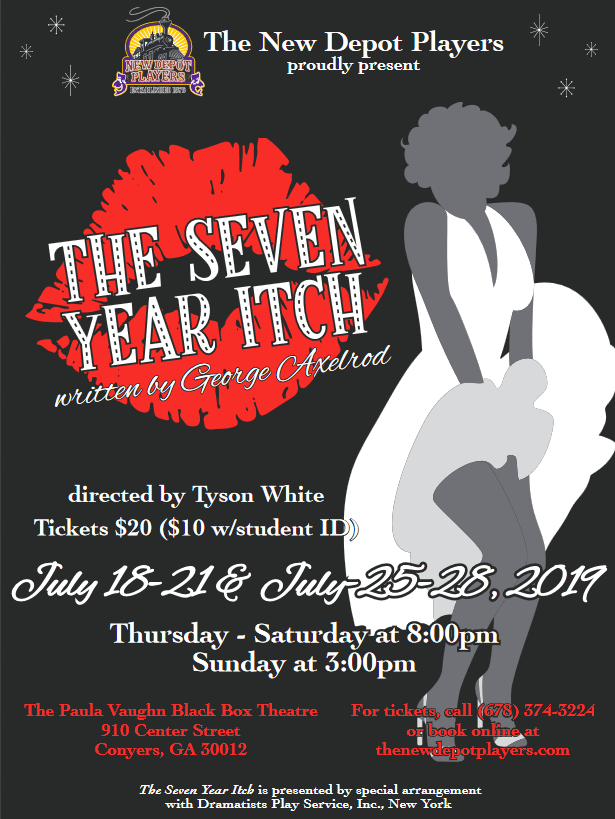 The New Depot Players proudly present The Seven Year Itch written by George Axelrod and directed by Tyson White.  Tickets are $20 or $10 with a student ID.  Order online at https://thenewdepotplayers.tix.com/Schedule.aspx?OrgNum=5082 or call 678-374-3224.

Richard Sherman roams restlessly around his empty apartment, bemoaning the fact that his wife of seven years and their son have just walked out on him.  Then without warning, a gigantic flower pot tumbles down from an overhead balcony, nearly putting him permanently out of his misery.  The jarring event has a strange effect on Richard.  He now sees his marriage as wasted time and feels it necessary to exercise his libido as quickly as possible.  Suddenly reborn, he invites the delectable doll who lives on the floor above down for an evening of temptation.  But the night doesn’t quite go the way he thought it would, as in his conscience — literally following him about the apartment — a soul-struggle of heroic and hilarious proportions ensues.